Between a birthday party and a bit of shopping in the city, we managed to fit in a few geocaches – just nineteen, but it got us up to 1450. Most of them were in the Banks Peninsula area, and a couple in other places.

The ones below are my favourites from the trip.

GC1WQX6 BK&J Suggested. We had a sunny blue sky drive over to the birthday party, just doing the one detour for a cache(… mainly because there’s only a very few caches we haven’t already done on that route!!!) The scenery was awesome at this one, and as a bonus we saw a little skink. When I was a kid skinks seemed really common, but this is only the second one I remember seeing in recent years.  It was quite small – probably a young one, and we only saw it briefly –twice for me & three times for PB, so I would not even like to guess what species it was! Yet another one of those fleeting moments of serendipity that caching allows us.  And when I think about it, the last time we saw a lizard, it was at a cache site too.

A brisk walk before breakfast is always a good way to start the day so we went after this one before breakfast on Saturday.  GCA1B2 River Lookout was just a few hundred metres from our camping ground. We initially had a bit of mis-direction from the not-so-helpful GPS, but when we got on the right track I realized that I should have trust my geosenses, because it WAS behind the tree that I had picked. 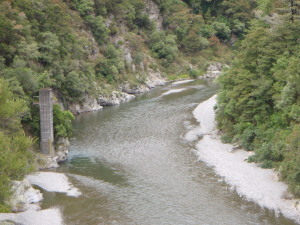 Following  such a long walk all the way from the cachemobile,  we had to trudge the whole few hundred metres back again as well and we found ourselves in need of sustenance, so we adjourned to Seagars Café   to enjoy waffles and a nice fry-up for our breakfast. 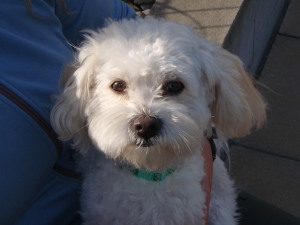 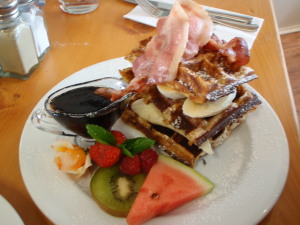 Upon leaving Oxford we took a rather meandering route into the city of Christchurch past a few pretty much  road-side caches. However it was a worthy little detour as we got an accidental first to find! We must have been only about 5 minutes ahead of the STF as we almost ran into them at another cache, but we really didn’t know we were heading to a FTF –  this time it was just another cache on our GPS!!!  We did a bit of  double-take when we saw a blank page, and PB checked the PDA – but it showed no logs, so it seemed that we were genuinely first – and so it turned out to be!   GC22PDZ Bus Stop

We’ve recently purchased  a new map and camping book with a Christmas book voucher, so we tried it out of the first time to find a new spot to camp on Banks Peninsula. It came up trumps, and we had a lovely night free camping at French Farm Bay. (Well, almost free because we paid the $4 suggested donation.) We’d almost walked another couple of hundred metres up the road to a near-by cache on the Saturday night, but another down pour of rain hit just as we’d made up our minds to go, so we opted to change our minds and not go!  Which turned out to be a great choice, as while we were hunting in the morning we also enjoyed the kingfishers nearby. We’d had a kingfisher greet to us from the tree beside the van first thing as well. PB got a few photos of it from in the van, but as soon as we opened the door, it flew away.

There is a kingfisher!

We stopped in at Akaroa to find a couple of caches and to provide a little entertainment for the tourist.  Finding the caches was intentional, and entertaining the tourist purely an optional extra.  We were sitting in the van on the shore eating our lunch and I was writing postcards, while PB decided to feed the seagulls. Well. Soon the van and the ground were swarming with seagulls who became increasing more assertive about their need for bits of bread.  They were swooping past PB’s open window, and almost IN the window, standing on the front of the van glaring through the windscreen at us and romping on the roof. And we had quite a number of tourists stop and stare at the seagulls staring at us!!! 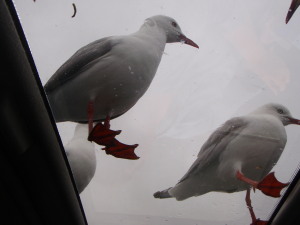 Seagulls on the sunroof 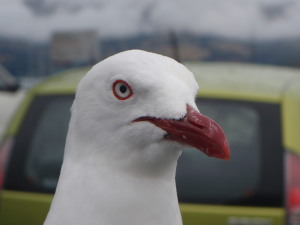 After that visit to a rather damp Akaroa, we did a little bit of a detour  Through Tane’s Park GCNJ0C. And it was a good thing that we did, as we found a cache badly in need of repair. Probably a possum had recently got into it, as the contents were scattered everywhere. We recovered everything and found that the log book was dry which was the main thing. So we dried the cache out as best we could – while everything was getting damp again from the drizzle! – and put what we recovered in new plastic pages, added a new pencil and jammed the container more tightly into the space we thought it came from. Hopefully we put it back in the right place and arranged it in such a way that not even a very dexterous possum could pull it out!!  We didn’t get the view though –I’m sure it was there behind the cloud. 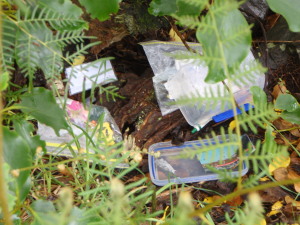 Scattered by a possum?

My favourite cache of the trip was this one: GC1QRPA St Kentigern Side Track. This one was beside a charming little country church, with really beautiful stained glass.  I will let the photos tell their own story. 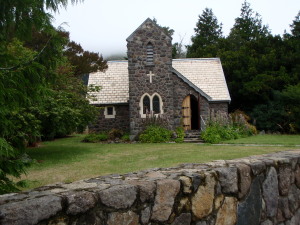 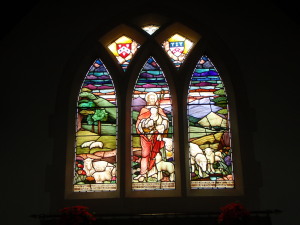 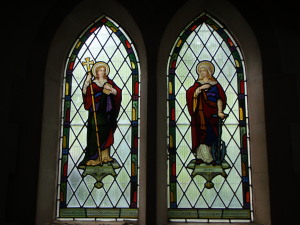 Just a bit further up the road we found Old School GC21330 – I have to confess, I actually didn’t see the cache here! LOL I was occupied trying to get a photo of the old building, and then the strange and curious disease that seemed to be growing on the trees near GZ. 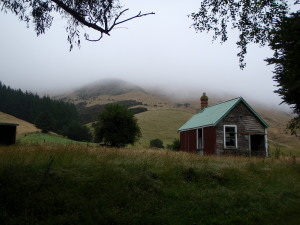 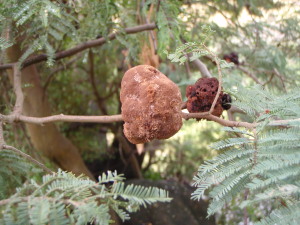 And finally here is a photo of I won’t say which cache, but one of the best as far as camo on this trip! 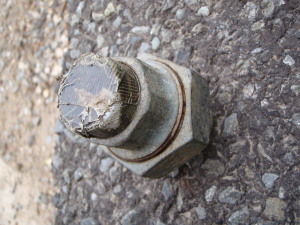