After  MIL  had a little visit to the ED department during the week, we decided that our long weekend plans would have  to change. We were figuring on doing this trip: Molesworth Station.  However we would have been out of contact for about three days in total, so we decided to settle for a trip to the city.

This had the added advantage that we could now make it to a friend’s birthday!!!  To start at the end, our caching friends The Grady Bunch moved to a really, really, REALLY  remote part of New Zealand  (and you though the West Coast was the boonies!!!)  about 18 months ago.   They came back to the mainland, as you do, to see the friends and rellies for Christmas, and it also happened  to be a great excuse for a birthday party for Grady mum.

And to start at the start.

We got away late after doing a few messages including visiting PB’s mom.

This is our usual farewell from PB’s Mum –Diva doesn’t know whether we’ll be gone for five minutes or five days, so always the sorrowful face. 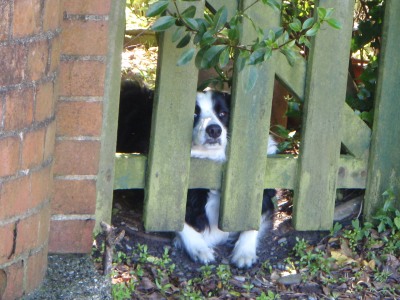 We got a little way on our journey then came to a grinding halt. It turned out that the roading contractors had knocked out a power line that was then hanging across the road!

The rata is in bloom so the hills were covered in red splashes.

We stopped at the Waterfall lookout. 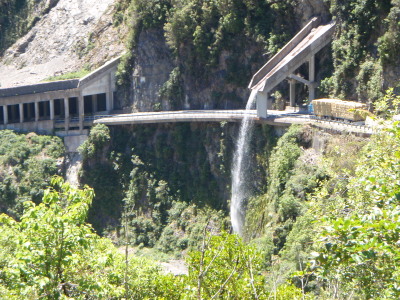 And the Viaduct lookout.

Past the Arthur Dobson memorial. 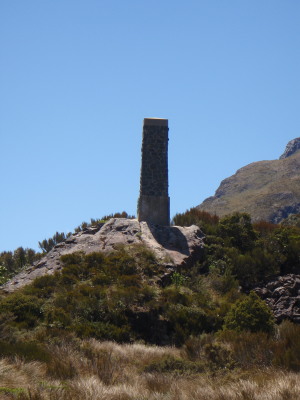 A wee stop at Arthurs Pass.

A chance to snap a shot of the keas.

"Nope, I don't want feed.Not me. Not at all. I'm just admiring that sandwich you have."

Through the lupins and over the Waimakariri.

A random stop for something or other. 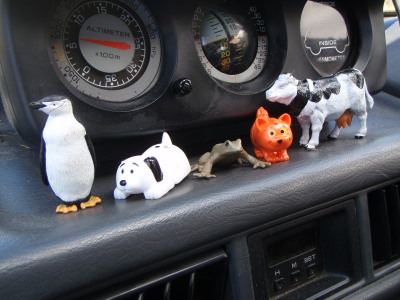 Just a small detour for a cache. 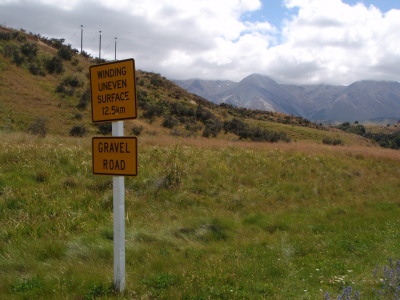 Every day is a winding road....

Finally the birthday girl’s place  (her children decorated the trees!)

And the ceremonial blowing out of candles.

Then we drove off into the sunset.

As it happens, my last picture for the week was a line-up of mail boxes, so I thought I would add the other mail box photos I snapped on our journey this weekend.

An old milk can

It IS the house!!

To Match the House?

The Face of Innocence

Does this look like the face of a dog who would run away from the kennels….

Appearances can be deceiving.